Aniventure is an annual two-day festival for traditional and modern Japanese culture. It brings together fans of Japanese animation - anime, manga comics, console and computer games, martial arts, cosplay and provides a platform for young talents in the field of art, the production of costumes and accessories, theater, video editing and effects.

The idea of a nationwide gathering of fans of Japanese culture, anime and manga goes back to the time of birth of the first chat rooms, Internet forums and online clubs in the late '90s. Only in 2006, however, for the first time this idea goes from just a meeting to form a festival - within four days in hotel Zvezdica, Sofia, Bulgaria -  Aniventure is held for the first time. Diversity in the program causes great interest and the event is repeated next year in hotel Ribaritza.  However due to the growing number of visitor it became apparent that the convention could no longer be held in hotels.

In the spring of 2008 the organizers of the festival formed the first officially registered club for anime and manga - Nakama.

Aniventure 2008 was held in the center of Sofia, on the 30th and 31st of  August in the halls of the Bulgarian Architects.  Over 700 visitor and participants took part in a number of events such as lectures, competitions, workshops, demonstrations, game tournaments, AMV screenings and cosplay show. The opening ceremony took place in a crowded theater and  was greeted by a special guest - Miss Yuki Takahashi, the cultural attaché of Japan in Bulgaria at the time. After the sensational success of the festival club Nakamoto decided to preserve and expand the format of the festival.

Like the previous editions, Aniventure 2009 (01-02 August) among fun events provided a platform for young talents in various fields. A full two-day program entertained festival goers, and the visitors rate reached  1000.

In 2010 Aniventure was held in "Party Center 4 km", occupying the entire area! In partnership with HMSU, who organized the night parties, a 48 hour program was achieved! For the first time in the country the cosplay show reached a high level of organization and equipment  - microphones for all cosplayers, allowing them to be heard even outside the room. This is set up as a standard for all subsequent leading cosplay events.

The next edition in 2011 welcomed new challenges - Aniventure participate in the Youth Festival On! Fest, held from 16 to September 18 in Inter Expo Center. Aniventure stood well above all other participants.

In 2012, the festival continued alone and was held again "Party Center 4 km", which barely accommodated all 1,500 people who came to spend an unforgettable two days.

2013 was particularly successful for Aniventure, which was held in a new multipurpose hall built Sofia Event Center, located in Paradise Mall, bringing together over 4,000 people during the two days of the festival! The events that took place during the festival had great atmosphere and a large number of international participants. 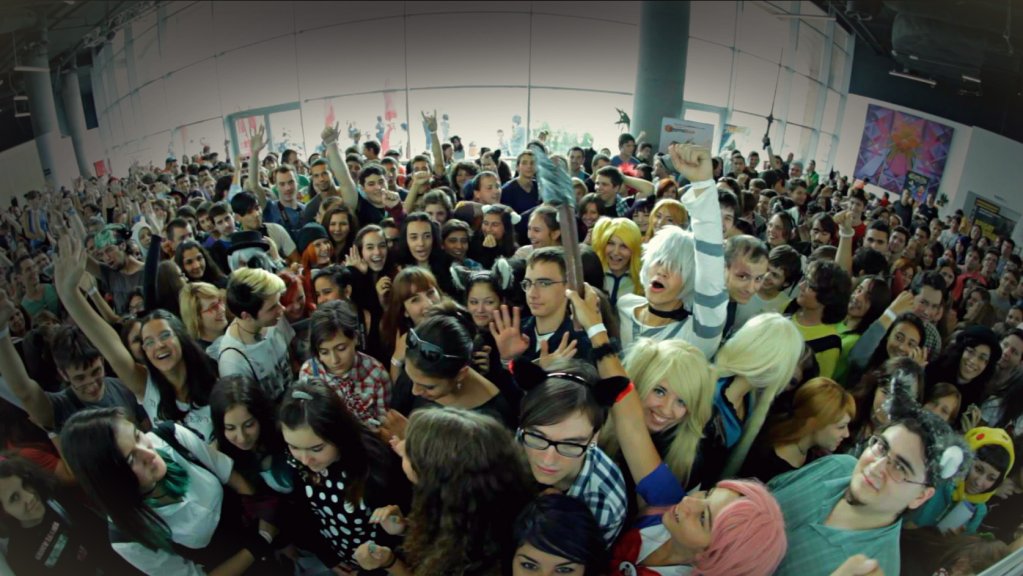