Cosplay is an art form in which normal people turn into their favourite characters. The word comes from the English “costume” and “play”, which describes the two most important parts of cosplay. The first is the creation of the costume and all accessories around it and the second is acting as closely as possible to the behaviour of your character.

The Cosplay contests are the brightest, most colourful and popular part of Aniventure. In them acting, masterfully created costumes and an incredible variety of characters from anime, manga, movies, comics and videogames are intertwined. The participants perform brief performances on the stage which they themselves thought up. The biggest enthusiasts join up into groups, which perform short plays from scripts created by them.

The cosplay competitions in Aniventure goes back to the first edition of the festival in 2006, when there were about ten participants. In 2019 the cosplayers on stage were the most we have ever had – 200 in two days! This year Aniventure will again have two cosplay competitions during each day. The first day will be specially for cosplays which represent videogame characters. The second day will give the scene to all of the cosplayers from anime, manga, comics, movies and so on.

After the end of the performances in both days, all Aniventure visitors will be able to take photos of their favourite cosplayers and save that special memory of the biggest show in Aniventure.

If you are interested in participating you can check out how to here. 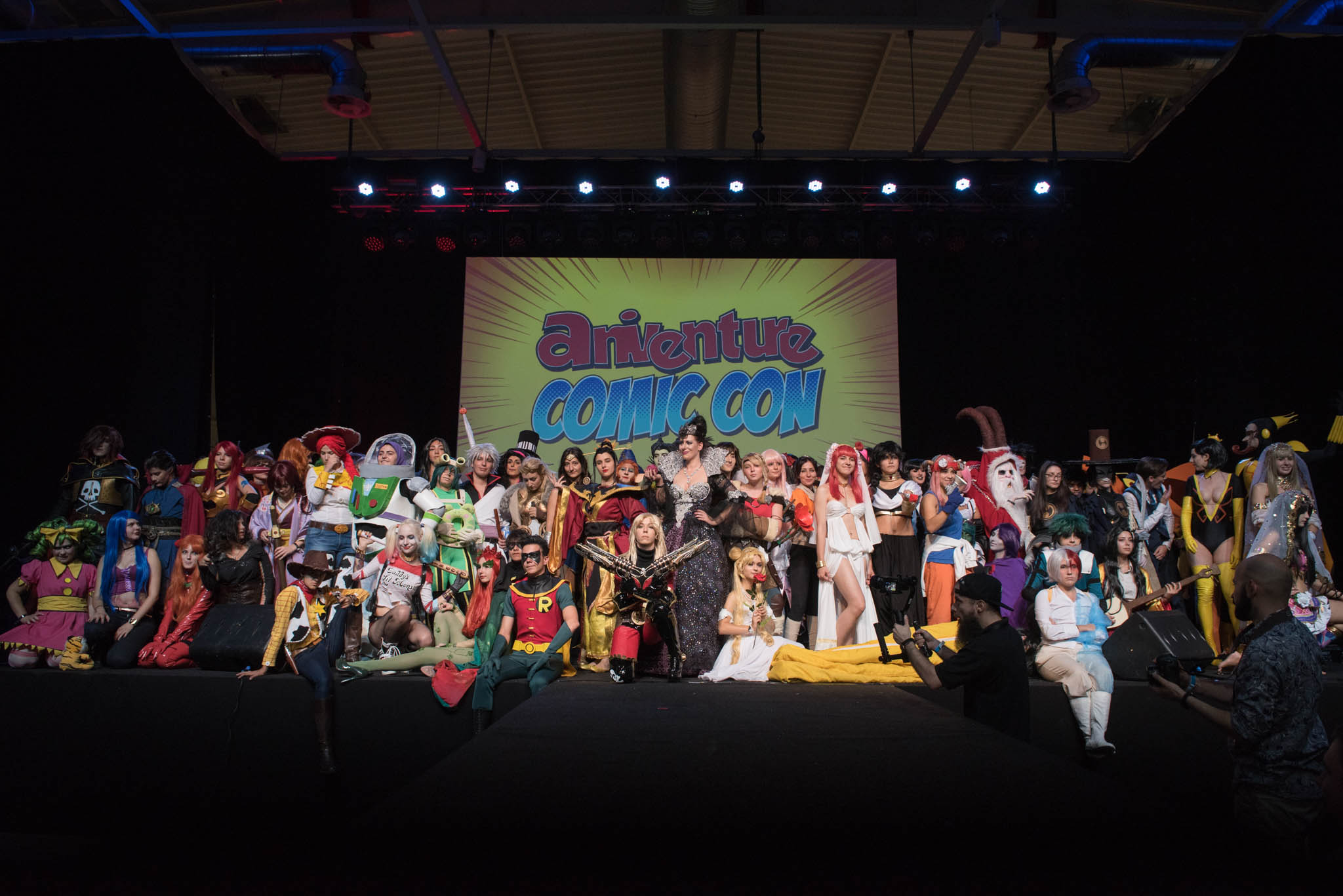